I am working on the 2.0 version of the Drink Mixer.

The hackathon didn’t have much hardware resource so the team and I had to use food boxes and cardboard to make a quick prototype 1.0. Returning to Mines, I decided to work on the second version of the Drink Mixer with my friend Patrick Ng.

The first upgrade was the hardware. Instead of relying on gravity to pour the liquid out from the containers like in the first prototype, we chose the DIMINUS DC 6V Mini Air Pump Motor.

The frame was designed in SolidWorks after taking rough measurements of what the dimensions of the frame would have to be to encompass the entire pump system in the back and the conveyor belt system in the front. The frame was then created using card stock and hot-glued in place. 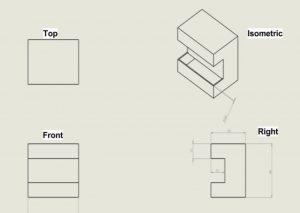 The conveyor belt system used to move the cup towards the other liquor nozzles is composed of a 1:1 gear train and a motor driven by the Arduino. The only consideration for the design of the conveyor belt would be that it would drive at a slow speed with a torque high enough to push the cup and any liquid within to the next nozzle without spilling the cup over. 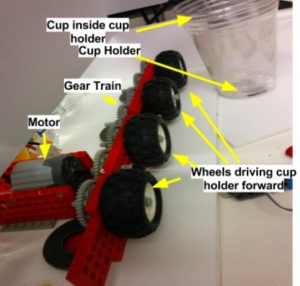 The pump and tubing system consists of vinyl tubing, 3 air pump motors, and 3 liquor containers that control when and how much liquor is poured out through the vinyl tubing acting as nozzles at the front of the machine. The tubing connected to the air pumps and going through the caps of the liquor containers are hot-glued so that any possible air leaks do not occur. This is an upgrade from the first iteration at the hackathon which took advantage of gravity.

Motor pumps air into the vinyl tubing that increases air pressure in the bottles, thus forcing the liquid to flow out.

The air pump motors are used to pump air into the vinyl tubing that increases air pressure in the bottles containing the liquor that force it to flow out as a result. This figure below shows the wiring diagram that we used to hook up the air pump motors to the Arduino. The transistor is used as a switch so that the motors turn on when told to and the diodes are used to protect the circuit so that the transistors and Arduinos are not accidently damaged through a voltage spike back. 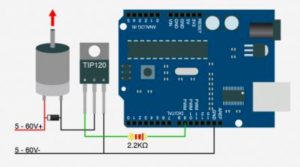 Use Arduino With TIP120 Transistor to Control the Motors 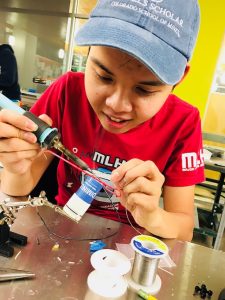 We’re using OpenCV to process image data from camera. We’re working on the Machine Learning methods that can recognize user’s emotion and activity to increase more personalized drink combinations! Personally, I’m reading some research publications about Affective Computing. We also think of adding into the system a vision feature to check for user’s ID if there the system is used for 21+ purpose.

We plan on upgrading from the Dragonboard or Raspberry Pi to the Nvidia Jetson board that has server-grade performance at high energy efficiency in the palm of our hand! Over winter break of 2017, I am self-learning about deep learning, more computer vision, and GPU programming via the resources provided by Nvidia (https://developer.nvidia.com/embedded/twodaystoademo) 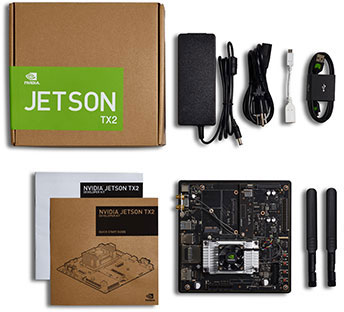 We encountered a problem when the liquid couldn’t come out. We had to seal up all the leaks for these air pump motors to be able to pump the liquid out of the containers and into the cup. We discovered that even if there was a tiny leak, the efficiency of the motors would drop and in all cases, the resulting leak would make the liquor fail to reach the nozzle in a reasonable timeframe.